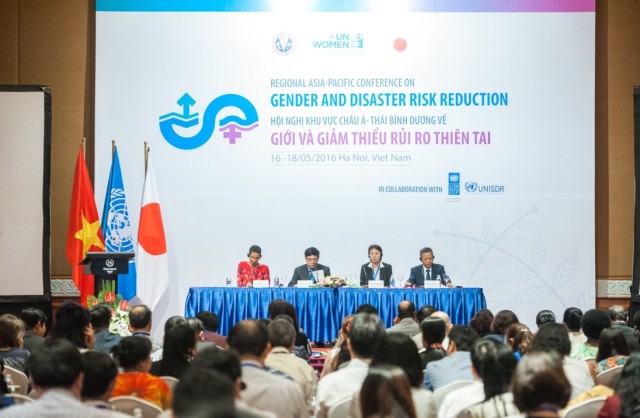 The Regional Asia Pacific Conference on Gender and Disaster Risk Reduction was held in Hanoi on May 16, 2015, aiming at highlighting women’s role in disaster risk reduction (DRR), and identifying priorities for gender equality and necessary actions that the governments and its partners need to focus on during the implementation of the Sendai Framework. The Conference was co-chaired by the Vietnam Department of Natural Disaster Prevention and Control and the United Nations Entity for Gender Equality and the Empowerment of Women (UN Women). Participants include government’s representatives, non-governmental organizations, researchers from 22 countries and over 200 delegates from different government departments and agencies in Vietnam, provincial delegates, international organizations, researching agencies, the UN and media in Vietnam.

The international report on disaster risk reduction in 2015 showed that the Asia Pacific region is most vulnerable to disaster with seven out of 15 countries facing the high risk of being affected. Although natural disasters impact everybody, they affect men and women in different ways. Globally, disaster-caused deaths in women and children are 14 times higher than that in men. Systematic discrimination against women is not just attributed to higher disaster-caused deaths of women but also hindering women’s capacity in disaster response, recovery and adaptation to future climate change. Despite suffering greater losses caused by natural disasters, it is women who have in their hands measures and knowledge on DRR. Practical experiences from different countries prove vital role women play in DRR and adaptation to climate change. Their role is, however, not properly acknowledged so far.

Delivering an opening speech at the conference, the Minister of Rural and Agricultural Development and Head of Department of Natural Disaster Prevention and Control stated “Practical experiences in DRR in Vietnam show that women are always the first ones to prepare for the whole family in responding to natural disasters and also the first to bring lives back to  normal conditions after a disaster.  As a co-chairing country of the conference, together with UN Women and Japanese Government, we call for all countries to join hands in integrating gender into the implementation of Sendai Framework.” 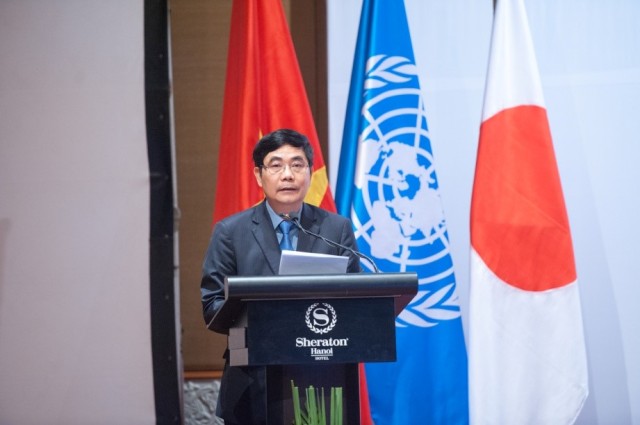 “Women in the Asia Pacific region are capable. They are key in tackling disaster risks and being able to develop livelihoods of their own and for the community. As we prioritize DRR at regional, national and local levels, we need to empower women, facilitating for their voices to be heard and their priorities to be handled”, stressed the UN Women Director for Asia Pacific, Roberta Clarke.

The conference runs for three days from May 16 to 18, 2016, with discussions focused on necessary measures to promote gender equality and women’s leadership in four priorities for actions in the Sendai Framework including: 1) understanding disaster risk; 2) Strengthening disaster risk governance to manage disaster risk; 3) Investing in disaster risk reduction for resilience; 4) Enhancing disaster preparedness for effective response and to “Build Back Better” in recovery, rehabilitation and reconstruction.

The conference will also recommend action priorities relating to gender and climate change in the Asia Pacific region and in the implementation of the Sendai Framework for Disaster Risk Reduction 2015-2030 at regional and national levels.