More than 20 core members of UCR-COP gathered at our planning meeting in Hanoi on March 03, 2015 for some challenging planning exercise, and nailed down specific targets to work towards in 2015. 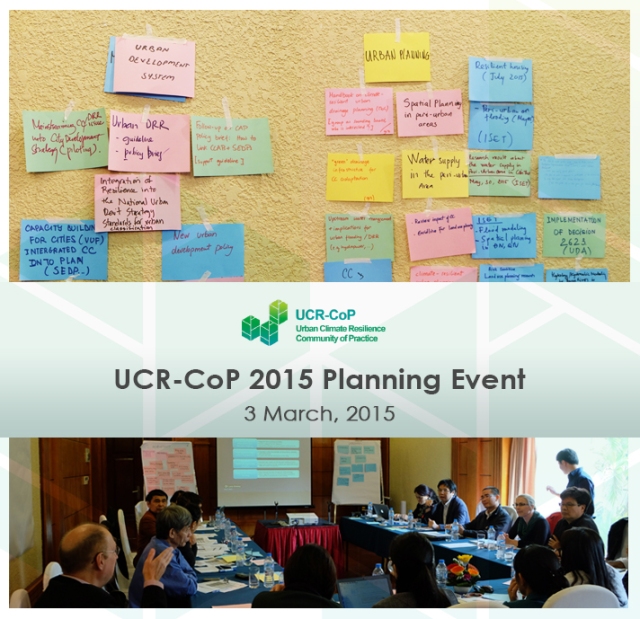 The participants—including Urban Development Agency, UN-HABITAT, BTC, The Asia Foundation, The Rockefeller Foundation, Spatial Decision, VUPDA, NISTPASS, GIZ and ISET— looked back at what were planned for UCR-CoP in 2014, highlighted major successes, and discussed the challenges to these successes. Although UCR-CoP had created a lot of excitement in many parts of Vietnam in 2014 as demonstrated on the blog, the need for a strengthened sharing culture among members and the lack of specific and feasible group tasks for members to work towards were examples of pull factors raised by the members. 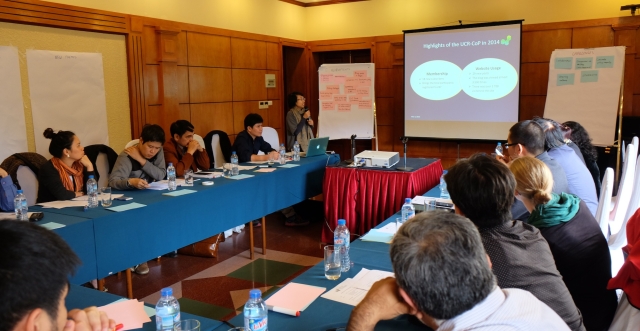 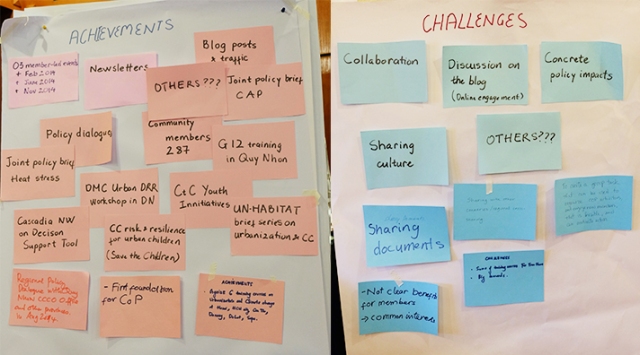 Therefore, while it is still the overall goal of UCR-CoP to promote knowledge generation and build capacity in urban climate resilience, to mainstream UCR into planning process, and to influence UCR policy in Vietnam, UCR-CoP members agreed that we should specify some very concrete priority actions and joint products to deliver by the end of 2015. Brainstorming exercises and discussions pointed to two priority themes of UCR-CoP in 2015: Urban Development Systems, and Urban Planning. This gave rise to the formation of two thematic working groups under UCR-CoP:

The working groups will work together to organize multiple shared learning dialogues throughout 2015, and towards a joint policy brief to share at the Urban Day in November 2015. 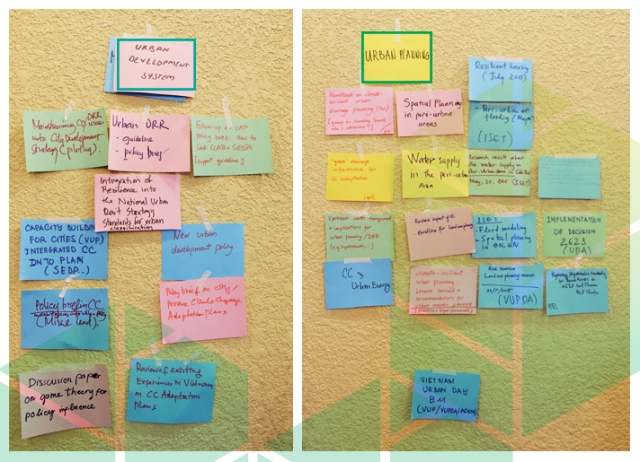 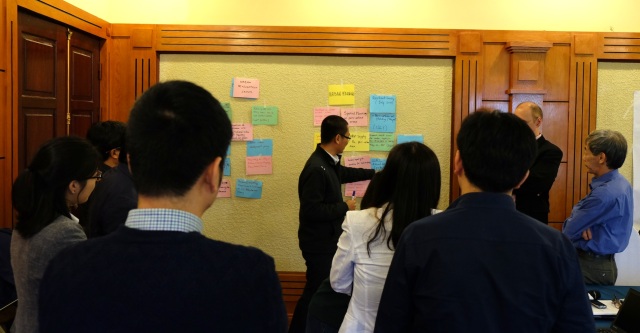 Signing up to either or both of these thematic working groups is open to all members of UCR-CoP in the poll below. You are encouraged to signed up before March 20, 2015. Specific schedule and agenda for each group’s interactions will be clearer after this date.

The working groups committed to regularly updating their activities and results on the UCR-CoP blog and shared calendar. And to improve member engagement of UCR-CoP in 2015, all members are encouraged to level up their blog engagement, and take initiative to connect UCR-CoP with any other formal or informal network that they are a part of by contacting ucrmoderator@gmail.com.

On behalf of facilitators of UCR-CoP, we would like to thank all members for your support and contribution, and we look forward to create some more noise with you in the year 2015!

Tho Nguyen and Thanh Ngo, ISET-Vietnam